US states can achieve better carbon reduction results and improve their use of biomass energy by working together, a new study finds.

Under the US Environmental Protection Agency’s (EPA) Clean Power Plan, states soon could be mandated to significantly reduce carbon emissions.

Researchers at the University of Missouri have identified the most effective ways for various US Midwest states to partner and share resources in order to increase the amount of renewable energy they produce through burning woody biomass.

Francisco Aguilar, an associate professor of forestry in the MU College of Agriculture, Food and Natural Resources, said that by finding effective and efficient partnerships states can greatly improve the environment by maximising renewable energy production and reducing carbon emissions.

“Wood biomass already contributes about a quarter of all renewable energy consumed by the US and often is overlooked by public policy initiatives,” Aguilar said.

“We already have plenty of biomass available to burn. In fact, we could greatly increase the amount of biomass we harvest from forests and still maintain healthy forest ecosystems,” he added.

According to Aguilar, the problem has been that not enough information has been shared among states, power utilities, and power plants to allow them to work together efficiently to maximise bio-energy production.

“Our new study has accomplished this for the Midwest, and this work could easily be replicated throughout the entire country,” he said.

For the study, Aguilar, Bayram Dundar, an industrial engineering doctoral student, and Ronald McGarvey, an assistant professor of industrial and manufacturing systems engineering and of public affairs in the MU College of Engineering and Truman School of Public Affairs, analysed which power plants were able to burn woody biomass with minimal-to-moderate upgrades within the five-state region of Missouri, Iowa, Illinois, Wisconsin, and Minnesota.

The researchers also examined the amount of harvestable biomass within a 90km radius of each biomass-burning power plant.

Using this data, they were able to identify the most efficient potential partnerships between states.

Across a range of potential emission reduction levels, the analysis identified how various partnerships could achieve selected emission targets for the lowest possible cost.

The researchers found that for any emission level considered, Missouri would benefit by partnering with other states.

“It is clear from this research that states can be much more efficient in increasing renewable energy production if they work together, rather than separately,” McGarvey said.

“Considering the potential for EPA restrictions on carbon emissions, states would be well served to begin planning for cutting emissions, and this study can help policymakers determine the best ways to accomplish those goals,” he added. 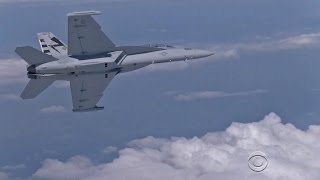